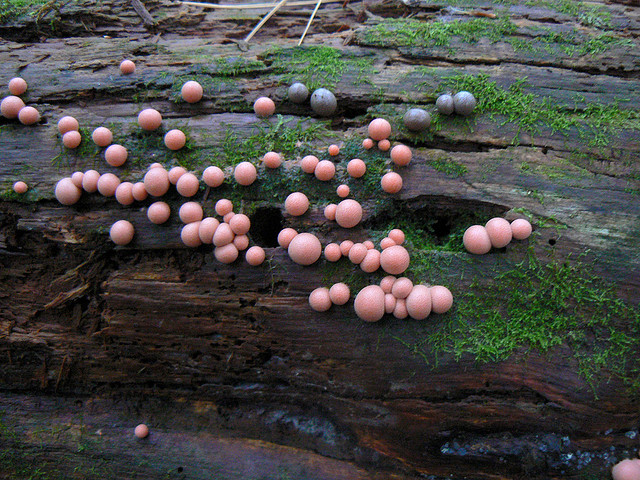 Guest blogger Max Hardy looks at what slime mould teaches us about collaboration: that our identity is not lost when collaborating and that collaboration helps solve complex problems. A big thanks to Max for sharing his thoughts here.

I’ve been reading a terrific book titled Collaborative Leadership: Building relationships, handling conflict and sharing control by David Archer and Alex Cameron. Drawing on the earlier work of Steven Johnson in his book Emergence: The Connected Lives of Ants, Brains, Cities and Software they refer to the behaviour of an organism known as slime mould.

Slime mould isn’t actually a mould at all; it’s a single celled amoeba-like organism which usually spends most of its time minding its own business, doing its own thing. However, when resources are scarce it has an amazing ability to join forces with others to become a more complex organism to move toward other sources of food. Then, when life becomes a bit easier, it reverts to being a separate single celled organism, happily doing its own thing.

For a start, it shows how important the environment is in compelling organisations to behave differently. The operating environment demands innovation, and collaboration is the vehicle to enable this innovation.

It also reminds us that we do not need to collaborate all of the time, and on everything. We do it because it makes sense and we only need to collaborate when circumstances require it. We have much to learn about reading the signals and appreciating when the environment is complex.

Another lesson from the slime mould metaphor is that we don’t have to lose our identity when we collaborate. While slime mould has to share control to reap the benefits of collaboration it has its own identity, and can easily revert to being as it was before once conditions allow.

In the last few weeks we have been working in a range of industries looking at challenges that demand new, innovative responses. The challenge of addressing alarming health statistics in remote Australian communities is one. The challenge for emergency agencies to respond more quickly and be more agile during catastrophic bushfires is another. The challenge of creating an environment for start-up businesses to flourish in areas not known for having an entrepreneurial spirit is a third. And the challenge of redesigning the delivery of services to be more appropriate, more efficient and more effective is a fourth.

Leaders in health, emergency, business and service delivery could do worse than consider the metaphor of the slime mould. If their survival requires them to share control with others without losing their identity, then joining up in a collaboration to access the intelligence and resources of all their stakeholders would be a good start to any journey to co-create solutions to these complex problems.

We have been inspired by the way people join together in a collective response to challenges when given the opportunity, in a way that reflects the metaphor of the survival of the slime mould. As Archer and Cameron say,“Collaboration isn’t a moral choice – it’s a business necessity!”